It is our aim on this site to inaugurate, within the scope of the “Geographies of Psychoanalysis”, a window dedicated to Africa, a continent which remains essentially absent from the ‘world map’ of psychoanalysis and yet is ever more present in Western reality in spite of suffering from reductive representations which range from the compulsive survival of a colonial imaginary to radically dystopian visions, neither of which are able to give expression to the complexity of its reality.

It is not a matter of taking the composite African reality and fashioning an object for Psychoanalysis, all the while remaining conditioned by ethnography, but of working the phantasmatic significance which is still conveyed in the signifier ‘Africa’ and its derivatives. With this in mind, whilst we continue our efforts to deconstruct the imaginaries built up over the course of modern history (marked by slavery and colonization) around the ‘Black Continent’, and take as our model that proposed by Edward Said (1978) for the Orient and orientalism, we want to tread our proposed path differently.

In fact, rather than directly mobilizing Psychoanalysis to contribute to creating apertures in the phantasmatic curtain which covers the term ‘Africa’, we would like to initiate a dialogue,  more psicanalitico, with a series of African voices – literary, artistic, philosophical, anthropological, medical, historical, etc. – which, although not belonging to the psychoanalytic field – Psychonanalysis being practically absent from the continent, save a few exceptions, such as the Maghreb, Senegal, or South Africa – usefully intercept a series of audible questions with Psychoanalysis. Let us mention a few of them, without being exhaustive:

It will be our task to organize a discourse which is enhanced by the voices of experts who have undertaken dedicated reflection on these themes. We will simultaneously seek to understand the ‘relative’- insofar as it is specific and contextual - elaboration of postcolonialism.

The reference to the post-colonial paradigm as a critical paradigm, which can be articulated with psychonalytic study, is therefore to be taken as a dynamic epistemic reference, to be deployed in the attempt to take account of the “tra(N)sformations” underway on the African continent, in order to understand if these may be considered solely as transmutations in the same categories imported from colonial modernity, or as their hybridization with indigenous categories re-emerging from the ‘colonial night’.

As in any serious preliminary reconnaissance phase, we have retained that some leads to follow would be useful. To begin with, we will try to better understand what is known as ‘postcolonialism’; and while thinking about how to orient ourselves on the tracks on which so many consequently find themselves on the African continent, we have decided to have recourse to… a compass.

In Psychoanalysis we have a concept, that of Nachträglichkeit, which can be translated in English as deferred action, and which is best rendered into French as ‘après-coup’, which here seems to make for the purpose inasmuch it leads suddenly in the world of the ‘post’ and can without any doubt constitute an aid to situate ourselves. By following this Instrument-concept, we can try to rethink the statute of temporality and psychic causality ‘other’ than the subjectivity of single individuals; advancing therefore, also with the aid of this psychoanalytic compass, in macro-group fields.

As in the title of the window, we would like to concern ourselves with the tra(N)s-formations which have occurred, and which are occurring, in Africa.

The reference to the post-colonial paradigm as a critical paradigm, which can be articulated with a psychoanalytic approach and which is therefore to be taken as a dynamic epistemic reference, aimed at the attempt to gather the “tra(N)s-formations” underway on the African continent, in order to understand if these may be understood as transmutations of the same categories imported from colonial modernity: those of territory, State, border, ethnicity, genocide, Reconciliation, etc.

Once we have established these premises on the general direction of the “AfricaS” window within Geography of Psychoanalysis (PRETA, 2016), let us now sketch out lines on the method and materials which we hope to include here and be inspiring for the contributors.

Subjectifying, rather than objectifying: the window shall propose analyses and reflections coming from the inside of the African space, and not from a perspective over Africa, coming from the Human or Social Sciences or from “African studies”. We wish, in fact; to give pride of place to interpretations of this Creole continent, Africa, in her own words (Scego, 2021), actually underrepresented in the knowledge economy.

Through the concept of Afropeans (PITTS, 2019), which designates the identity of Africans firmly established in Europe, or that of Afropolitans, authors who publish and live in the West, through the current urgency of the question of race, but also through the possibility of remaining surprised by unexpected questions, the window will seek to attempt to remain as faithful as possible to the objective of seeing Africa through the eyes of those who live there (PIAGGIO, 2021). At the heart of our interests the question of race; of racialization and of racism as recently revisited in Psychoanalysis (BONI-MENDELSOHN, 2021; HOOK-GEORGE, 2021), to rethink the categories inherited from the traditional anti-racism of the post-war period. We will attempt, therefore, to revisit the racial question by seeking to articulate it with the categories of ‘gender’ and ‘class’, as a category which is not inherently discriminatory but susceptible of encompassing transformative moments, hybridizations et demands, as explored also in the Racism window, also included in the site “Geography of Psychoanalysis”. We would therefore hope that in ‘AfricaS’ we can try to understand the diverse modes and forms of integration in the Self of the experiences of colonization and of the possible work of (de)colonization. For instance the loss of identity of African peoples (suffice it to think of the signified; not only symbolic, of the deformations of the borders and names of the states), which we will rethink, also in the light of particular current underway, as an identity : a sort of ‘ethnic trans-gender’. Or, as in the words of Achille Mbembe, the prefect representation of AfricaS and that of always being moulded by mobility?

For a reverse anthropology: how do the Africas view Europe, and more generally, the West? And in what way might a similar change of perspective contribute to our self-representation? Through the encouragement of a certain “reverse anthropology’, which a range of African writers have already been practicing since the fifties (DADIE, 1959), we will focus our interest on the African, or Euro-African vision, of the ex-colonial metropolises – Paris, London, Rome or Lisbon, and, more generally, on the European cities which were particularly influenced  by colonial history, where the colonial influence made itself felt particularly strongly in the urban, monumental-artistic, and toponymic space of the European city (SCEGO, 2014 WU MING, 2018).

In opening such a window, we are conscious of the fact that a variety of currents and disciplines – such as ethnopsychiatry, movements for the decolonization of what are often referred to as “primitive” arts, not to mention literature or various branches of “popular” culture – are already actively engaged in a highly fertile effort of confrontation with the different ‘Africanisms”. In AfricaS - Tra(N)sformations we intend, however, to undertake this journey starting from different shore, those of Psychoanalysis, which seems to us to have accumulated a certain delay in such a movement of opening to other forms of knowledge and discursive practices.

The focus of the window will therefore be the attempt to understand in the variegated surface of Africa whether, when and how Psychoanalysis arrived and how it entered into relation with cultural and social reality of the location, or whether, in each case and even so, mapping the different modalities in which the colonial and post-colonial processes have been elaborated. Africa has in fact  been characterized , in time, by a discontinuous and fragmentary diffusion of Psychoanalysis, as in patchwork: in South Africa with Mark Solms, and, Suzannz Maiello, of the AIPPI, which has conducted there a valuable Infant Observation; in Senegal, again with Infant Observation, to the work of Rosella Sandri with the AIDOBB; in Tunisia with Fethi Benslama;  in Alexandria, at the end of the Second World War, a city from which originated a number of notable francophone analysts such as Moustapha Safouan, Sami Ali; Tobie Nathan, Jacques Hassoun. It will not be possible not to interest ourselves in better mapping and understanding such becoming. 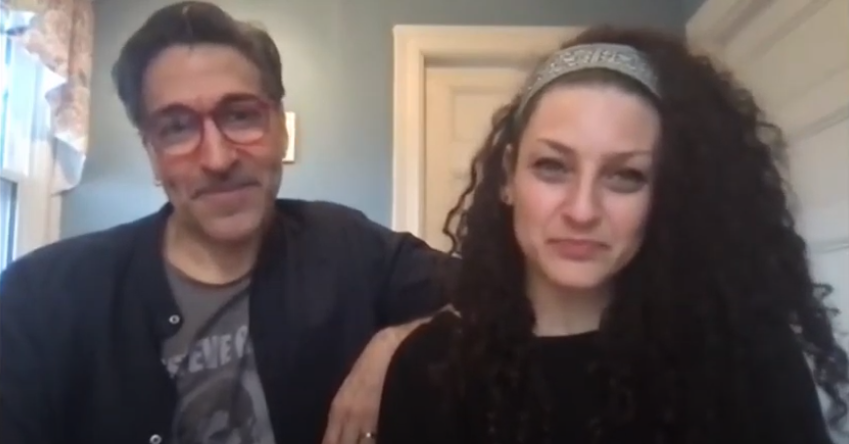 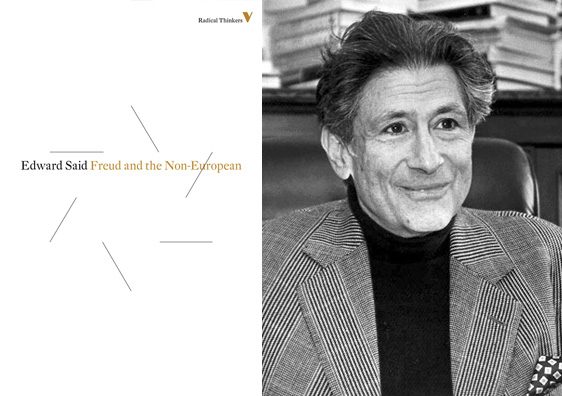 2022 marks the 20th Anniversary of Edward Said’s important lecture at the Freud Museum London entitled ‘Freud and the Non-European’. 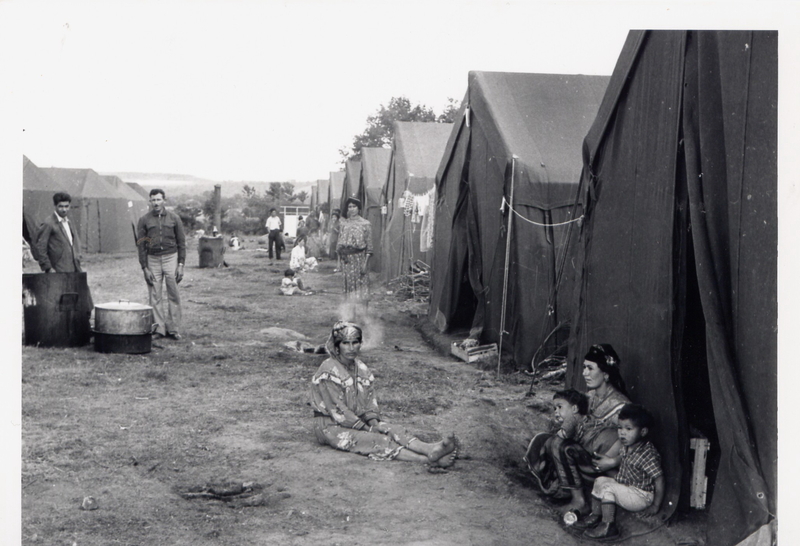 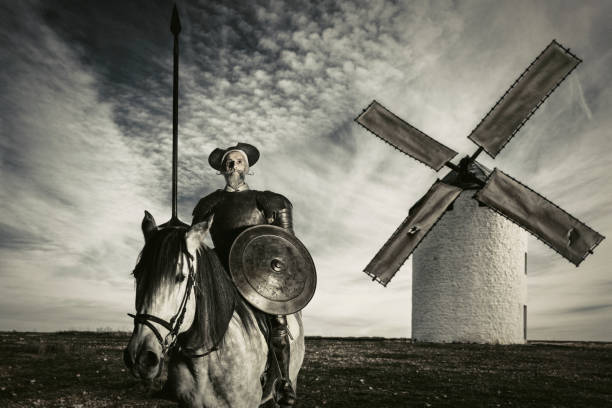